Digital transformation is one of those recent buzz-words you’ve probably heard in a few places. But it is actually a very real phenomenon and one that is driving change across all business industries.

The challenge with a phrase such as ‘digital transformation’ is that it means very different things to different companies. For one business, this might mean simply building an ongoing Twitter or Facebook strategy that complements business activities. But for another, it might mean the total overhaul automation of entire processes and tasks.

But there is one theme that is common to all digital transformations: they are driven by disruptive technologies.

What is disruptive technology? 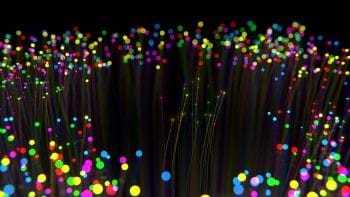 These technologies fundamentally change how we interact with many entities, businesses and organisations day-to-day. Real time public communications in themselves can be disruptive: if you have ever experienced a problem with a product or service, you’ve probably found you get quite a quick response on Twitter. Indeed, a lot of negative user comments can seriously damage a company and its brands. The popularity of TripAdvisor and the hive of activity from users there is a testimony to how disruptive technology can work for businesses and customers.

What can businesses do about disruptive technologies?

When faced with an evolving consumer behaviour rooted in technology, businesses typically have three responses: to innovate, imitate or ignore.

Any business that chooses to ignore the impact of disruptive technologies is one that will often sleep walk into dangerous territory. Imagine how the music industry could have benefitted by early adoption of monetised digital downloads and streaming, rather than trying to supress file sharing. It's estimated that the music industry loses an estimated $12.5 billion a year to piracy, largely due to the fact it initially ignored the impact online streaming would have on the way music is consumed.

The rapid pace of digital technology development has undoubtedly accelerated the evolution in consumer behaviour, now it's up to businesses to adapt and compliment these changes : either to 'innovate' or 'imitate'

What is digital transformation?

Every business now deals in digital, and even the smallest of operations will have some sort of digital footprint, be that a website, Facebook page or an appearance in Google’s local listings.

And all marketing activity will some sort of digital element to it – even somethings as simple as including a Facebook page URL on a business card is evidence of a digital marketing strategy, albeit a very rudimentary one.

If there is no longer a point where digital ends and ‘traditional’ channels begin, then businesses can no longer place ‘digital’ in its own silo – digital marketing is now just another part of an overall marketing strategy.

Which means digital transformation is just another part of business transformation – if a business is looking to overhaul its digital offering, it’s invariably embracing a technological disruption and re-focussing at least one part of its proposal.

So for a business to undergo a successful digital transformation, it must embrace and take control of whatever disruptive technologies are affecting its customer behaviour, either through imitation to keep pace, or innovation to really get ahead of the game.

The 5 Secrets to Unique and Succ...