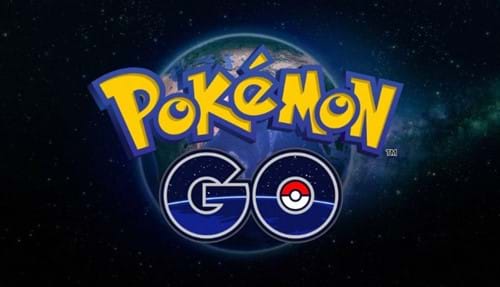 There’s no doubt about it, Pokémon Go is a massive global hit. Its release a week ago adding over $6 billion to Nintendo’s share price. It has stayed on the top spot in both iOS and Android app stores and has brought waves and waves of it’s loyal fan base into the world of Augmented Reality and Geocache gaming.

If you’ve been taking a break from social media networks for the past week, Pokémon Go is a game where you walk around the real world capturing Pokémon through the app. The app requires you to walk around and explore your local area to capture new Pokémon, take control of Gyms and visit Pokéstops that net you various items like Pokéballs which are used to capture the little critters. The location of Pokéstops and Gyms are determined by local landmarks, business’ and parks. 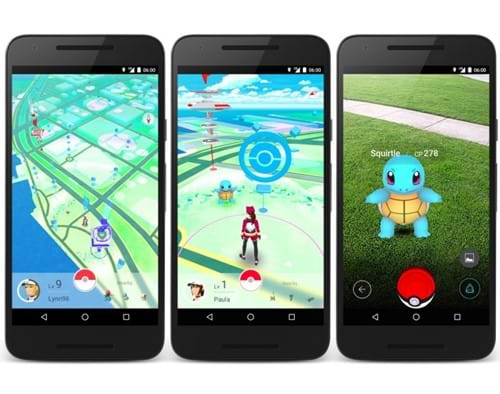 This is the first major shift for the franchise which has spend the last 20 years gaining critical acclaim through it’s handheld and console games. Nintendo has released this at the perfect time. We are still deeply shoehorned into mid 90s nostalgia and the boys and girls that played Pokémon Blue & Red back in 1999 have grown up to be the tech hungry adults with disposable income. 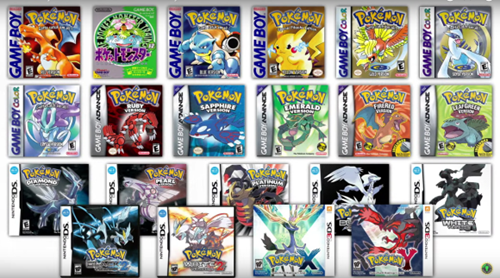 This, combined with what is basically our entire lives wrapped in metal components and carried by telecom giants means this was always going to be a sure fire hit regardless of whether the game gained positive reviews or not. Millions of people own smart phones and have data plans with their respective telecom companies, which enables social experiments on a global scale. T-Mobile over in the States is providing unlimited data till August 2017 for playing Pokémon Go in exchange for downloading the companies T-Mobile Tuesday app.

Geocache gaming which amounts to what is simply a treasure hunt isn’t a new concept. The developers Niantic previously released Ingress which works in the same way. It’s also the back bone of the map layout in Pokémon as most of the gyms in game match those of the control points in Ingress, most of the local landmarks are pulled from Google Maps.

It’s the AR or Augmented Reality element of the game that makes it different. It means we can use the back camera of our smart phones to superimpose the pocket monsters into the real world, Something will no doubly spark a generation of screenshots showing Pokémon in people’s bathrooms and other strange and equally concerning places as well as the standard pose shot with your favourite monster, unfortunately it doesn’t work with the front camera of your smart phone, yet. Selfies with Pokémon is still a pipe dream to all the Go fans. 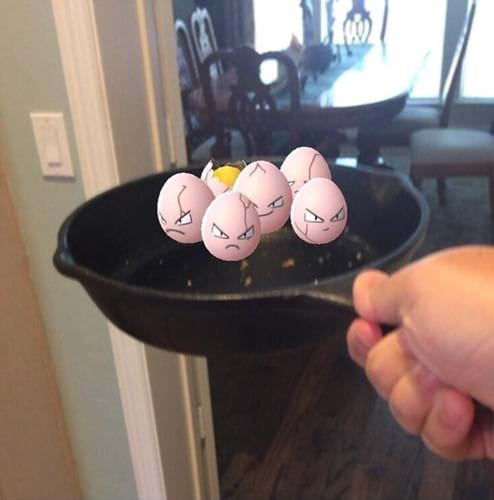 AR has been around for a few years and is expected to stick around with Microsoft’s HoloLens causing a buzz in the gaming industry with its Minecraft Demo. HoloLens could perhaps be an alternative to VR experiences. Not only this, but in the last few years we’ve seen and unfortunately never received Google Glass which would of been the perfect peripheral to accompany Pokémon Go. Nintendo has instead chosen to create a separate peripheral called the Pokémon Go Plus which is a wearable tech item that allows the capture of Pokémon without need to have your phone in front of you. Nintendo decided not to go down the smart watch app route as they’ve previously said it would price players out of the market. These Plus peripherals are expected to sell out with demand exceeding supply.

This is the first time I’ve seen AR used in a viable output. Using smart phone owned by vast amounts of the population and making the application free to download was the game changer. Nintendo has found a gap in the market, stuffed one of it’s biggest franchises in the centre and collected the revenue it’s brought in through in game transactions.

Business owners have already been using this to their advantages. Those business’ that are lucky enough to be next to a Pokémon gym or Pokéstop have used this to active engage with the previously untapped fanbase. I’ve already seen images popping up of  business’ exploiting the craving to capture Pokémon by sign posting which Pokémon can be found at their business and even going as far as using the in game Lure (which brings herds of wild Pokémon to a particular location) to bring flocks of engaged fans to their particular business. Don’t you wish you thought of that?! I’ve even seen a ticketed event here in Manchester based around a Pokémon lure party. The scope of this global juggernaut is exciting to see. Its up to Nintendo now to continue to push Pokémon and keep it from being “Just a fad” and move to be technical power house of the mobile games industry. 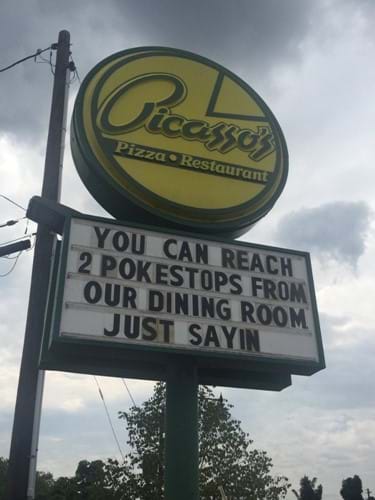 So where is Pokémon Go going to take us all. Will this spawn a new form of AR advertising using the premise of digital content superimposed onto snapshots of the real world? Niantic have already opened it’s doors for suggestions on where the new Gyms and Pokéstops will be.  It’s something business owners will have to keep an eye on because now the we’ve had the groundswell you can take the opportunity to join the AR community and it’s possible revenue stream or completely miss out on this emerging market.

Have something to add about Pokémon Go? Add it to the comments section.